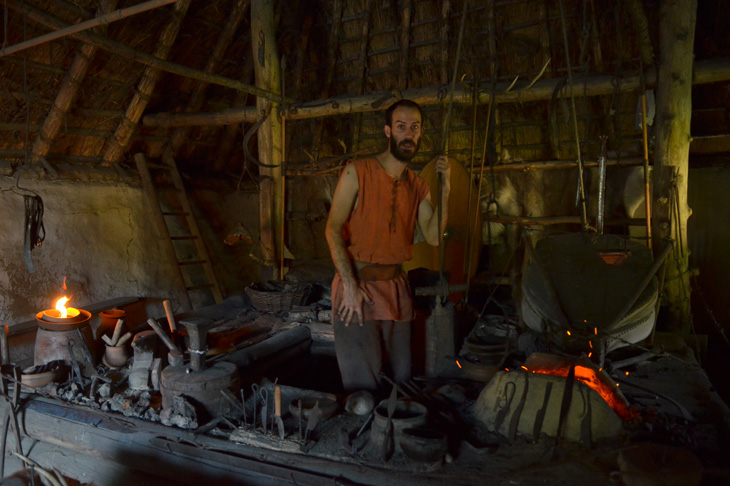 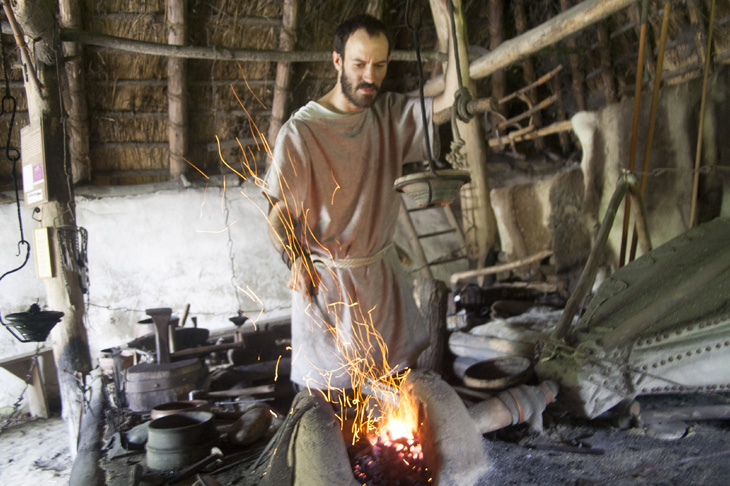 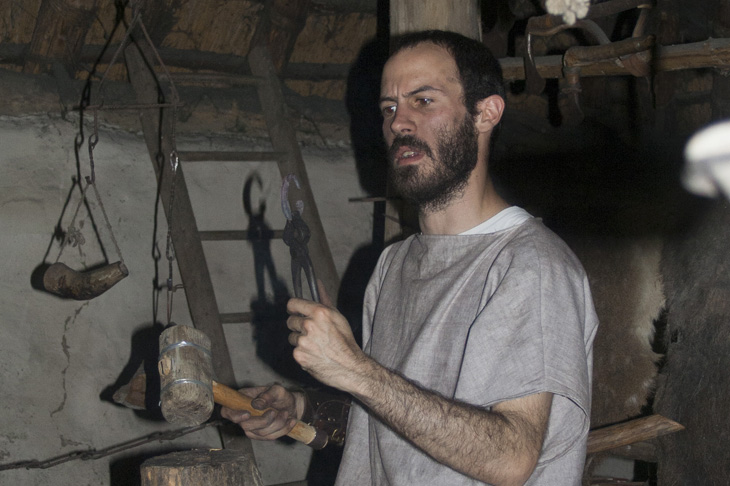 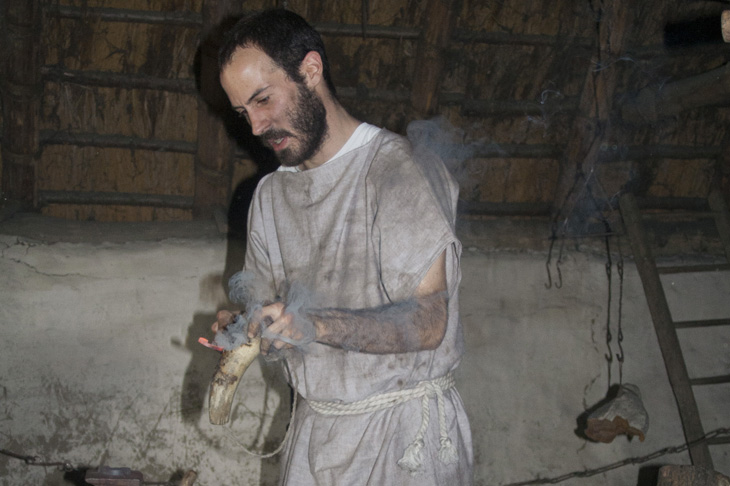 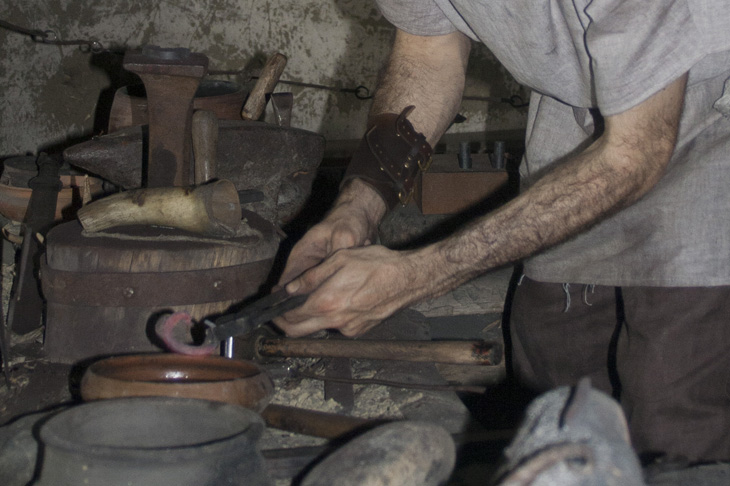 From the ore, the iron is worked extensively over a woodfire with a hammer, before becoming a perfect ingot for forging. In the Gallic village and throughout the second Iron Age, this ingot would have been heated, hammered, stretched, rolled, wrought, loaded with carbon, shaped ...Under the hammer, it could become a simple nail or a rivet, knives, ploughs and other objects, but sometimes, a formidable sword could emerge from one of these bars.

The Gauls belonging to the second Iron Age, perfectly mastered iron metallurgy. Known since the Hallstatt period (750 BC), the iron metal is easy to work ; a lot more widespread in nature than copper and tin, so it saved complex trade.

In addition, iron is more resistant than bronze so it allowed some prowesses, notably in weapons : swords were becoming longer and longer ; but also in tools : hammers, anvils, saws, hoes, files, drills, pliers, axes, scythes, sickles, billhooks, spades, sheep-shears, razors, ploughshares and so on ; all these tools  were used until the advent of mechanization in the nineteenth century, not to mention cooking utensils such as knives, spoons, sieves, ladles, funnels and many others. 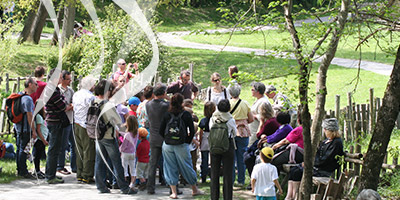 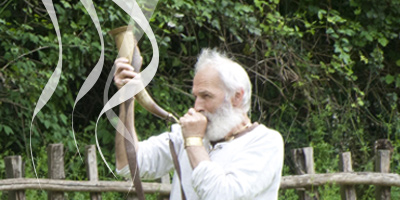 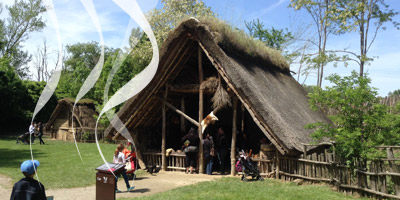 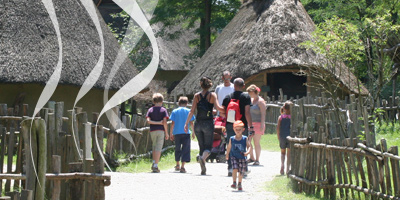